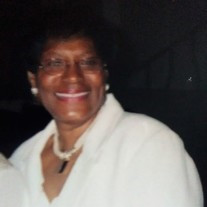 For our conversation is in heaven, from whence also we look for the Saviour, the Lord Jesus Christ. Philippians 3:20 Let not your heart be troubled; ye believe in God, believe also in me. In my Father's house are many mansions: if it were not so, I would have told you. I go to prepare a place for you. And if I go and prepare a place for you, I will come again, and receive you unto myself; that where I am, there ye may be also. John 14:1-3 Sunrise Sunset October 10, 1949 June 17, 2020 Carol Renee Grimes On Wednesday, June 17, 2020, our All-wise and Sovereign God called our mother, daughter, sister, aunt, cousin, God mother, and friend Carol Renee Grimes home from labor to reward. Because of the death of Jesus and His Resurrection, Carol has now won the Victory and she is in His safety. Thank you Jesus, for conquering death and the grave and for giving our "Wiensie" a new name of Victory and a perfect heavenly body! Carol was born on October 10,1949 in Portsmouth, Virginia to the late Shedrick and Anna Porter. Carol "Wiensie" Grimes (as she was nicknamed) was one of the most joyous and humorous people to be around. Her infectious joy, sense of humor, and love of life was a blessing to all who knew her. Carol gave her life to Christ many years ago and boldly proclaimed to be a child of the Most High God, Jesus Christ. She was a member of Mt. Lebanon Baptist Church (The Mount) in Chesapeake, Virginia and was previously a member of Holy Light Church of Deliverance in Portsmouth, Virginia before relocating to Indiana where she became a member of the Eastern Star Church. While members of these churches, she served faithfully on the choir and usher board. Carol was educated in the Portsmouth Public School System at Crestwood High School. She received further education at Norfolk State University where she met the "capping" requirements in nursing. Additionally, she passionately worked in healthcare with troubled youth as a counselor at a behavior health center. Carol joyously continued to serve as a mother to her four children: Donna Wilson of Indiana, the late Barry Porter, Tina Porter of North Carolina, and Clarence Grimes III of Virginia. She was also blessed with many beautiful grandchildren: Jade Wilson, Josiah Wilson, Markel Young, LaNyia Grimes, Jada Johnson, and Envi' Grimes. In addition to her beautiful children and grandchildren, fond memories will remain with Carol's siblings: Colonel Donald L Porter USA Retired (Mary), Anna Porter Sumner (Randolph), Lucille Porter, Willie Porter, Calvin Porter, William Porter Sr., Bernard Porter and a host of other relatives and friends. She was predeceased in death by her son, Barry Porter; parents, Shedrick Porter Sr. and Anna Porter; two brothers: Booker Porter, and Shedrick Porter Jr.

For our conversation is in heaven, from whence also we look for the Saviour, the Lord Jesus Christ. Philippians 3:20 Let not your heart be troubled; ye believe in God, believe also in me. In my Father's house are many mansions: if... View Obituary & Service Information

The family of Ms. Carol Renee Grimes created this Life Tributes page to make it easy to share your memories.

For our conversation is in heaven, from whence also we look for...

Send flowers to the Grimes family.