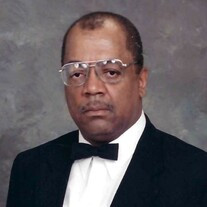 George Arthur ("Bubba") Huggins, lll, 68, entered into eternal rest on December 17, 2021, at his residence in Inglewood, California. He was born June 27, 1953, in Newport News, Virginia. George was preceded in death by his parents, Fannie and George Huggins, Jr., and a beloved sister, Brenda Joyce Huggins. At an early age, George attended Sunday School and Church regularly. He accepted Christ as his personal Savior and became a member of First Baptist Church, corner of 23rd Street and Jefferson Ave. where he was water baptized in May 1963. George continued his attendance at the new location renamed First Church of Newport News (Baptist) which presently stands on the corner of 23rd and Wickham Avenue under the leadership of the late Dr. Fred J. Boddie, Jr. Earlier years, George was also a member of the Boys Scouts of America, Troop #72 at his home church under the leadership of the (late) Mr. Preston Christian. He rarely missed a meeting during his time with the scouts. George enjoyed arts and crafts, sports, camping, CPR, first aid, community service projects, and basic survival skills just to mention a few. George demonstrated attributes of being a good productive citizen and lending a helping hand to others. As a youth, George was also a member of the Hampton Roads Boys Club (now Boys and Girls Club of America). He spent countless hours there where he loved playing sports. He also was very artistic and creative some of his drawings and creativity of aircraft and battleships, etc. had a lot of his family wondering what his career choice(s) would be in the future. George graduated from Huntington High School, Home of the Mighty Vikings, Class of 1971. He played football under the training and leadership of the late Coach Theodore "Teddy" Bacote. Upon graduation from high school, George made the decision to enlist in the United States Air Force. This would be the beginning of many wonderful and exciting adventures for him. He served for more than fifteen years as an Aircraft Maintenance Specialist on the West Coast. The next chapter in George's life would be a Civil Service job with American Airlines. He was hired as an Aviation Maintenance Specialist (California). George studied and trained at Saint Phillips College in San Antonio, Texas, and various other locations. He loved living in California and this was the place he called "home". He was called "Huggie Bear" by his friends on the West Coast. From the stories that were shared by his co-workers and friends, George touched the lives of many. Kids adored him. Although, George had no children of his own. There was enough love from his friends' kids to go around. He was just a "Big" kid at heart himself. George was also a member of The Stanley W. Beverly Lodge #108, 625 Main Street, Suisun City, CA 94585 (Chartered through Prince Hall Grand Lodge of CA) George is survived by two sisters, Barbara Tate and Jean Otey (Ulysses) two nieces, Kimberly Cotton (Darryl, Sr), Krystle Sanon (Rueben), one nephew, Kelvin Otey (Kristi), Great nephew, Darryl Cotton, Jr.), Great Niece, Dominique Cotton, Two young great-nephews (Kelvin Jr age.5, and Kendrick Otey, age 2, whom Bubba did not have the pleasure to meet in person, just through photos and video clips. Also, to cherish his memory is Aunt Effie Hardy and Uncle Herbert Huggins, along with a host of cousins, co-workers, and extended family. A public viewing will be held on Thursday, February 10, 2022, from 1:00 p.m. to 4:00 p.m. at M.E. Fisher Funeral Home, 2117 Madison Avenue, Newport News, VA A Celebration of Life, Pastor Jacquelyn Evans, Officiating. Graveside Rites will be held Friday, February 11, 2022, at Albert G. Horton Jr. Memorial Veterans Cemetery, 5310 Milners Rd, Suffolk, VA 23434. Service begins promptly at 10:00 a.m. Interment with Military Honors will follow. After the service, the family encourages you to stop by briefly at the home of Barbara Tate and grab a light brunch. The address is 1025 23rd Street, Newport News, VA 23607. Please join us in comforting the Huggins Family by uplifting them with your prayers.

George Arthur ("Bubba") Huggins, lll, 68, entered into eternal rest on December 17, 2021, at his residence in Inglewood, California. He was born June 27, 1953, in Newport News, Virginia. George was preceded in death by his parents, Fannie and... View Obituary & Service Information

The family of Mr. George Arthur Huggins, III created this Life Tributes page to make it easy to share your memories.

Send flowers to the Huggins family.