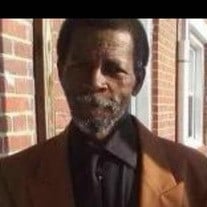 Mr. Glenn Stokes, 67, peacefully departed this life on Saturday, April 23, 2022 in Newport News, Virginia. Glen was born July 23, 1954 in Orangeburg, South Carolina to the late Emma Minnigan. Glen was employed with the City of Newport News, VA. He worked for Waterworks as Heavy Machine Operator. For many years Glen had a variety of jobs to include: Basic Construction, Wolf Inc., Ultra Services Inc., Greenscape - GSI, and Roadside Inc. He was a very dedicated and hard worker until his retired. Glen was a people's person. He would always go one step beyond what was expected of him. Glen was very outspoken and liked by everyone. Glen was a true football advocate. He was an avid Washington Redskins fan. He would watch all of the NFL football games and knew all the players. Glen would bet his last dime on the game. He also enjoyed fishing, bowling, shooting pool and playing cards, especially spades and poker. Glenn loved his oldies but goodies music. he loved watching his Westerns and Cowboy movies along with karate movies. In addition to his mother, Glenn was preceded in death by his sister, Elizabeth Minnigan. He is survived by three sisters, Eunice Stokes of South Carolina, Thelma Hickman of North Carolina and Jeanette Brown of Newport News, VA; two aunts, Annie Stokes and Marie Stokes; four nieces, Doris Stokes, Christine Shuford, Heather Hickman and Sabrina Minnigan; three nephews, Larry Stokes, Curtis Stokes and Jamie Minnigan; a special friend, Flora Bailey; ex-wife, Verna Stokes; along with a host of other relatives and friends. Viewing and visitation will be held on Friday, May 13, 2022 from 12pm - 4pm at M.E. Fisher Funeral Home, 2117 Madison Ave., Newport News, VA.

The family of Mr. Glenn Stokes created this Life Tributes page to make it easy to share your memories.

Send flowers to the Stokes family.