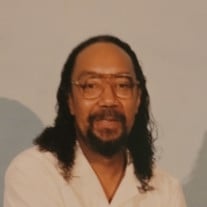 Mr. Jesse Leroy Shaw, Sr., of 50 Cavalier Drive, Apartment #104, Petersburg, Virginia, departed here from labor to rest on Saturday, December 25, 2021, at home. Jesse, who was affectionately called "Buddy" by his family and also known as "Shiny Shoes" by his friends, was born on May 8, 1945, to the late Pearl Mae Shaw of Petersburg, Virginia. Jesse attended J.E.J. Moore High School in Disputanta, Virginia where he graduated. At over six feet tall, he excelled on the basketball team where he played the position of guard. He wasn't just tall, but he had the skills to back it up. A basketball scholar, he was a beast with his craft. Some say he was good enough to go to the pros. He passed on his love for the game and his expertise down to his two sons, Junie and Wilson. He was employed for many years at Hercules in Hopewell, Virginia before he retired. A people person with the gift of gab, he even tried his hand at transportation carrying people back and forth to their appointments. While in high school, Jesse met the late Alice Elizabeth Jackson. She was a cheerleader. The two later married on June 16, 1965. He was preceded in death by his daughter, Judy Marie Shaw; three sisters, Eloise Pitt, Shirley Ray, and Bonita Shaw and three brothers, Arnold Shaw, Maurice Shaw and Harvey Shaw. Jesse leaves to cherish his memory four very loving children, Jesse L. Shaw, Jr. (Denise), Wilson L. Shaw, Sr. (Kae), Tracy S. Clary (devoted son-in-law, Deacon Andrew Clary) and Nikki G. Evans; eleven grandchildren, Shante Howell (Darrell), Destiny Shaw, DeWante Ellison, Ryan Taylor, Qua'Shai Shaw, Wilson Shaw, Jr., Keyahn Shaw, Jordan Shaw, Shakaila Evans, Tyler Evans and Nakasia Evans; fourteen great-grandchildren; one sister, Lillian S. Branford (Kenneth); two brothers, George Shaw (Maxine) and Teddy Shaw; two goddaughters, Monica White and Lashina Batts; a devoted niece, Janet Seward; one godson who was more like a son, Derick L. Parham (Bridgette); one faithful true friend for over 60 years, Russell Parham; and a host of nieces, nephews, cousins, relatives and friends too numerous to name. Jesse was a jokester, a fun-loving person who always was the life of the party. A smile as big as his heart. To know him was to love him. He will definitely be missed, but NEVER forgotten! A Celebration of Life will be held 1:00 P.M., Monday, January 3, 2022 at Faith & Hope Temple Church of God in Christ,1800 E. Washington St., Petersburg, VA. Rev. Lamont A. Hobbs, Pastor of Metropolitan Baptist Church, Petersburg, VA will officate. Interment will follow at Blandford Cemetery, Petersburg, VA. The service will be live streamed. Public viewing will be Sunday, January 2, 2022 from 12:00 P.M. - 6:00 P.M.

The family of Mr. Jesse Leroy Shaw, Sr. created this Life Tributes page to make it easy to share your memories.