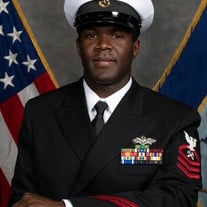 Kendrick Demonté Williams was remarkable in so many ways and in his 35 years on earth, he lived his life to the fullest, being loved as he loved, touching countless people everywhere he went. As the second of three children born to Henry (Teejaye) and Deborah on May 29, 1985, he was a go-getter who loved his family profoundly. His brother and sister would say that he was "a pain", but Kendrick took all of the roles in his life to heart and strove to honor support, and guide, but most importantly, protect his family. He was at his happiest when he was surrounded by his family and his beloved Prophecy Motorcycle Club. His devotion to family was the foundation of his actions - the anchor that defined and shaped his life. Growing up in Orangeburg, South Carolina, he was stubborn, smart, outgoing with an infectious personality, cool, fun-loving, an independent thinker, and sociable. He had an awesome sense of style, always the best dressed in the room (even if it was Jordan kicks and a fashion tee to go grocery shopping). His musical talents included playing the trumpet in elementary and middle school but didn't carry over to his teenage years. He carried on the tradition of being a member of the Orangeburg-Wilkinson High School's elite Highlight Society. While earning his Bachelor of Science degree in Criminal Justice at the University of South Carolina Upstate, he met the love of his life at a house party on December 15, 2006. Wanting to travel the world with her and define a distinct path all his own, he joined the U.S. Navy in 2009 and upon graduation from basic training, was selected to serve on the U.S. Navy Ceremonial Guard in Anacostia, Washington, D.C. He couldn't stand to be away from the love of his life and gladly married the former Tamarra Crawford on August 26, 2011, and they've been inseparable ever since! Their love produced a beautiful baby girl, Karmen Sanaa, and Kendrick forever became a "girl Dad." His dedication to her included weekly pedicures, trips to the hair salon, teaching her how to iron her clothes, #GirlScoutDad, watching Carmen San Diego, and daily cooking lessons. Kendrick was always willing to help anybody to a fault and was a man of his word. He was a fearless leader, loyal friend, a consummate professional with a great work ethic. He was very involved in community activities as the Public Relations Officer for the Prophecy Motorcycle Club Northern Virginia Mother Chapter and volunteered as a greeter with the USO welcoming troops back from deployments. He worked tirelessly with the Thurman Brisben Center, a homeless shelter for at-risk men, women, and children in Fredericksburg, Virginia, and also volunteered with Wreaths Across America to cover Veterans' grave markers with Christmas wreaths annually. Serving in the U.S. Navy for 12 years, his assignments included: the Navy Construction Center, Gulfport, Mississippi, deployments to Afghanistan and Guam, Branch Head, Funeral Honors Detail, MWR, Motorcycle Safety, Logistics Specialist, Navy Criminal Investigation Services (NCIS), Quantico, Virginia and attained the rank of Chief Petty Officer serving on the USS. John Stennis, Naval Station Norfolk. Chief Williams was recognized by his superiors for his sincereness, passion, and love for Sailors as it showed in everything he did. Ken was an extraordinary and deeply adored husband, father, son, brother, uncle, friend, and Sailor who will forever remain in the hearts of his loving wife and daughter, Tamarra and Karmen, his parents Deborah, TeeJaye, and Michelle, his siblings, Patrick (Melody) and Janae', grandmothers, Mrs. Betty Hall and Mrs. Barbara Williams, his mother-in-love, Mrs. Pearl Crawford, sister-in-law and niece, Ms. Shemekia Crawford and Ms. Emoree Peeler, and countless aunts, uncles, cousins, and friends. "There are no goodbyes for us. Wherever you are, you will always be in my heart.". ~ Mahatma Gandhi We wrote your name in the sky, But the wind blew it away. We wrote your name in the sand, But the waves washed it away. We wrote your name in our hearts, and forever it will stay. We honor a life that was lived to the full, We honor a spirit, now free. You'll long be remembered, whenever we say: "Fair Winds and Following Seas!" in lieu of flowers, donations can be made in Kendrick's honor to the USO and the Thurman Brisben Center in Fredericksburg, VA.

Kendrick Demonté Williams was remarkable in so many ways and in his 35 years on earth, he lived his life to the fullest, being loved as he loved, touching countless people everywhere he went. As the second of three children born to Henry (Teejaye)... View Obituary & Service Information

The family of Mr Kendrick Demonte Williams created this Life Tributes page to make it easy to share your memories.

Kendrick Demont&#233; Williams was remarkable in so many ways and...

Send flowers to the Williams family.