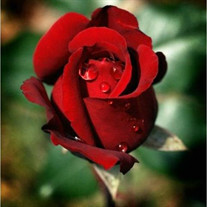 Mother Louetta T. Newby departed this life and entered her eternal rest early on the morning of September 13, 2021. Mother Newby began her earthly journey on November 19, 1951. She was born to Joseph and Hattie Newby in Smithfield, Virginia, and educated in Isle of Wight County School District. Louetta made history in the City of Hampton by becoming the very first female employee of the Sanitation Division. Considered a "jack of all trades", she also later worked in the cleaning industry. After recognizing the goodness of God in her life, Mother Newby accepted Jesus Christ as her Lord and Savior and became a part of Apostle Harriet Askew's Ministry in Newport News, Virginia. She was very faithful to the Lord. Being blessed with the "gift of help", Mother Newby served in the usher and hospitality ministries. In 2016, the Lord led her to become a member of Lift Jesus Ministries, Inc. in Hampton, Virginia. Her impact in the ministry was immediately felt as she served in the following capacities: evangelism, hospitality, outreach, prayer intercessor, and usher. Mother Newby was a blessing not only to those in the ministry but to all those who encountered her wherever she went. Louetta Newby was preceded in death by her parents and her brothers Joseph Newby and Walter "Poochie Cake" Newby. She leaves to mourn and cherish her memory her daughter, Charlotte; grandsons, Deshaun, Dequan, Delano Jr. (Mr. D); granddaughter, Felicia; brother, Walter Jones; nephew, Walter Newby; cousin, Linda Brown: her lifelong friend, Edith Green; and a host of other nieces, nephews, relatives, and friends. Mother Newby (affectionately known to her family as "Peewee") will be remembered for her willingness to help all who were in need. If she could provide a meal, a place to rest, a listening ear, she was more than willing to do it. She was one who believed in the power of prayer and the power of kindness. She loved God, her family, her friends, and her church family with all that was within her. She had a powerful testimony of deliverance and was always ready to share her story with all who would listen. A viewing will be held on Friday, September 24, 2021, from Noon until 5 pm at M.E. Fisher Funeral Home, 2117 Madison Avenue, Newport News, VA. Graveside Service will be held at 12Noon on Saturday, September 25, 2021, at Hampton Memorial Gardens, 155 Butler Farm Road, Hampton, VA. Please keep the Newby Family in your thoughts and prayers during this time.

Mother Louetta T. Newby departed this life and entered her eternal rest early on the morning of September 13, 2021. Mother Newby began her earthly journey on November 19, 1951. She was born to Joseph and Hattie Newby in Smithfield, Virginia,... View Obituary & Service Information

The family of Ms. Louetta Teresa Newby created this Life Tributes page to make it easy to share your memories.

Send flowers to the Newby family.