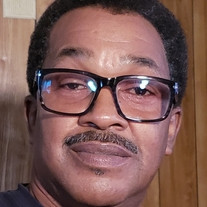 Richard Lee Singleton, 67, departed this life on Saturday, July 25, 2020. Richard was raised in Brooklyn, New York, where he was educated in the New York City School System. In 1971, he graduated from Fort Hamilton High School and later attended Airco Welding Training Center in Brooklyn, New York. He graduated as a Certified Welder and relocated to Virginia where he joined the United Association Plumbers and Steamfitters Union Local 504. In 2010, Richard earned his CDL Class B Drivers License and was employed with the Virginia Department of Transportation (VDOT). Richard enjoyed traveling and spending time with his family from New York to Pinewood, South Carolina. He loved going to casinos, playing Bingo, Online Poker (Texas Holdem), and most of all, going fishing. He was preceded in death by his parents, Richard and Martha Singleton; brother James Singleton; and step-daughter, Whitney Hinson. Richard will be remembered by his wife, Nancy, of Newport News, VA; his son, Lance R. Singleton of Newport News, VA; sister, Vanessa Singleton of Hempstead, New York; one niece, Shameerah McQueen of Charlotte, North Carolina; stepson, Kaih Fields (Leiani); sister-in-law, Shelia Majors (Michael); brother-in-law, Johnnie Mullins; loving aunts, uncles, cousins, nephews, and longtime friends from all over; especially those who grew up with him in Fort Greene Projects, Brooklyn, New York. In Loving Memory of My Wonderful Husband You were a husband in a million, why did you have to go? You meant the world to me, I really loved you so. If I had to live my life over again, I would find you sooner, so that I could love you longer. You are not forgotten my love, nor will you ever be, as long as life and memory last your soul will live in me.

Richard Lee Singleton, 67, departed this life on Saturday, July 25, 2020. Richard was raised in Brooklyn, New York, where he was educated in the New York City School System. In 1971, he graduated from Fort Hamilton High School and later attended... View Obituary & Service Information

The family of Mr Richard Lee Singleton created this Life Tributes page to make it easy to share your memories.

Send flowers to the Singleton family.